Colonel (Retd) Simon Orr OBE was born in Much Wenlock, Shropshire in 1966.  He later went to Birkenhead Boys school followed by Loughborough University to study History.  He joined the Army in 1991 and served with both the Argyll and Sutherland Highlanders and the Royal Army Medical Corps over a 27 year career which saw numerous operational tours of Northern Ireland, Bosnia, Iraq and Afghanistan.  He commanded 2 Medical Regiment and the hospital at Camp Bastion in 2009 and was awarded an OBE in the Queens Birthday Honours List in 2012 for leadership.  His last job within the military was as a senior operational planner for the newly formed Defence Primary Healthcare Organisation, tasked with introducing transformational change to the delivery of military Primary Healthcare.

He retired from the military in 2016 and joined the NHS to work as an Assistant Director of Operations for Surgery and Anaesthetics at a busy District General Hospital in London prior to moving his family back to Shrewsbury in the Summer of 2017 to be closer to family relatives.  He currently works within the Property Development industry.

Throughout his career both in and out of the military he has had a passion for rugby which saw him fortunate enough to play at Army level, and for a variety of senior Scottish clubs that included Stirling County, West of Scotland, and Watsonians Rugby Club amongst others.  He finished his playing career at the age of 53 for the legendary Shrewsbury Veterans/ Thirds – such is the playing longevity of a loose/tight head prop.

Married late in life to Strawberry (an Advanced Nurse Practitioner), they have two young boys – Max aged 8 and Monty aged 6 – and three dogs.  Beyond rugby he has a passion for old cars, which he tinkers with badly, and has become an avid gardener whose enthusiasm far surpasses his skills; unsurprisingly he is only allowed to mow the lawn for fear of damaging anything that might actually come into bloom. 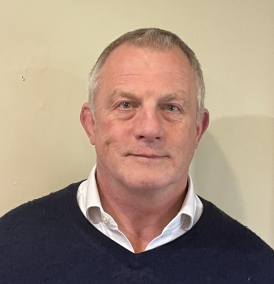