Member of Parliament for Shrewsbury & Atcham

Member of Parliament - Shrewsbury and Atcham
Daniel Kawczynski was brought up in Surrey, before going to Stirling University to study Business Studies with French and Spanish. He then worked in telecommunications for ten years as an international account manager, travelling extensively in Europe, the Middle East and Africa.

Daniel was pleased to be chosen as the Prospective Parliamentary Candidate for Shrewsbury and Atcham and was delighted to be first elected as the Member of Parliament May 2005. He now sits on the Foreign Affairs Select Committee and was previously the Parliamentary Private Secretary to the Secretary of State for Wales. He has also sat on the International Development, Justice, and Environmental, Food & Rural Affairs Select Committees. In the last Parliament he was also appointed the Prime Minister's Envoy to the Polish and Eastern European Diaspora in the United Kingdom.

In his rather limited spare time, Daniel enjoys gardening and playing golf.

Daniel Kawczynski has been Member of Parliament for Shrewsbury and Atcham since 2005.  His constituency office is based in the centre of Shrewsbury and staff are available normal office hours Monday to Friday to deal with day-to-day enquiries from constituents who require assistance.  You do not have to vote Conservative to receive help from the team and you can be assured that matters are dealt with in the strictest confidence.

When Daniel was elected in May 2015, he pledged to work on a number of key priorities that he considered would benefit the residents of Shrewsbury. These are:

To receive regular updates on Daniel’s work you can visit his website  www.daniel4shrewsbury.co.uk  His office telephone number is 01743 233646

Daniel is now the Member of Parliament for Shrewsbury & Atcham having won a 5th term on 12th December 2019 increasing his majority to 11,217 with a vote share of 52.5%. 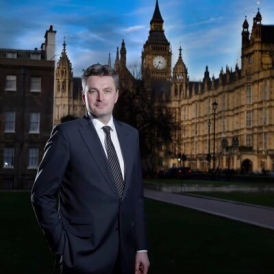